I love cars; I’ve always loved cars. They have fascinated me since I was a little kid. It all started simply enough. Cars are shiny; they go fast; they make cool sounds; there are a lot of interesting parts all working together, and they can take you to the coolest places. My Dad liked cars, and I guess I share his passion. I was pretty lucky growing up as my parents did pretty well, and we always took a big vacation every year. We always drove to our vacation destination; flying was reserved for business trips in those days or some emergency visit if something terrible had happened to one of the relatives.

So as far back as I can remember we piled in the car and drove across the country to whatever destination the folks had in mind. I learned early on that the journey was at least, if not more important, than the destination. I love to learn, and it was so interesting to see all of the different geography and cultures along the way. Growing up in El Paso, TX we lived in the desert. Mountains in West Texas are big rocky things covered in cactuses and other painful plants. But through the road trips I learned there were other types of mountains. There were mountains so big in Colorado that they had snow on them in July. What could possibly be cooler when you’re 10 years old, than getting out of the car at over 11,000 feet and playing in the snow for a few minutes in the middle of summer.

My Dad had been a navigator on a command ship in the Navy in the Pacific during World War II. Part of the fun of the road trip was planning and looking at the maps with Dad. He taught me how to read maps and navigate at a pretty early age. I don’t even remember a time when I could not read maps and plan out a route on my own. My Dad would eventually give me the job of planning our route and doing the navigation during our road trips. I thought that was pretty dang cool. Not only did I get to go to some pretty fascinating places, but I usually had an important job to do as part of the journey. I was 12 years old, and it was my job to help us get through Dallas. That was a rush; I did not want to let down my Dad.

So for me the car wasn’t just a mechanical thing. The car is adventure, learning, and opportunity. And then it happened. We were sitting in this A&W Root Beer stand in Alamogordo, New Mexico either on our way to, or back from, our cabin up in the mountains of New Mexico. In drove the coolest car I had ever seen in my life. It was a Dodge Charger, and it was loud! It was big; it had these raw curves that made me think about girls. It was like the hot girl in school. I just wanted to touch her, but I didn’t even know why yet. And the sound. I will never forget the sound; I could feel it in my chest. At that moment these machines took on a whole new level of fascination. They could give you primal, raw emotions. They were exhilaration!

My parents were pretty practical folks, so we never had a muscle car. It would be 40 years before I would sit in a muscle car of my own. Once I was out on my own, I was poor. I was a student, and in those days we didn’t take out student loans. Yes, my Mom and Dad helped me with some of the college expenses, but I had to make enough money to live and pay for the rest. So my first cars were pretty darn practical. In fact I never owned a car with more than four cylinders until I bought my first Jeep Wrangler in 2007. That had a V-6. To me, it seemed like it was a pretty powerful machine, and I loved my Wrangler because it could take me anywhere I wanted to go. Once again the car changed the way I felt. It represented freedom. As my business grew and my income grew, I finally took a step in 2013 from which I shall never recover. I bought my very first real American muscle car.

It was time to go shopping; it was time to get serious. I was not getting any younger. After much research I ordered a 2013 Dodge Challenger SRT with a 392 cubic inch Hemi engine. This car was built just for me with all of my specifications and options by one of the largest corporations on the planet. That was so cool! And every time I drive it, I think back to when I was sitting in the A&W in New Mexico and experiencing that Dodge Charger for the first time. It is raw exhilaration.

So now you know how I came to have this big, powerful, brash muscle car. But this is not the end of my story. I have really only told you why I got interested in cars and how I got my Challenger. I want to tie this together to help you understand why I really love cars.

Cars are culture; cars are history. Cars reflect pretty much everything about our society at the time they were built. As I have matured (some may argue differently), I have come to appreciate cars not just for the engineering and aesthetic experiences but for the cultural and historic perspectives that they bring along with them. This is why I love car shows. I’m sure a lot of folks think that car shows are a bunch of dudes sitting around bragging up their rides. It actually seems pretty shallow on the surface.

The reality is much different. All of us who show have a passion for the automobile, but almost all of us have expressed that passion in a different way. But that passion forms a common bond. Yeah, there is a little bit of sitting around and talking about the cars and bragging about what we have. But it’s what the cars represent to each of us that makes the car shows so fun and the cars so special. Everybody has a story. I know people who have restored cars that were owned by their grandparents. The grandparents are long gone, but the car is a memory of fond times long ago. Every time that person drives that car, or cleans it up for the show that person is reliving about all of the good experiences they had with their grandpa, or grandma.

For other people that show car might’ve been a family project that brought a father and son, or mother and daughter, together when maybe nothing else could. That car is a shared common interest representing a treasured family bond, not just a shiny piece of metal. It’s not the car, rather it is what the car represents. That’s part of what I mean when I say cars are culture.

At one show I saw an original 1960s Mini Cooper. In talking to the owner, I find out he was stationed in England back in the 60s (military service). So that British sports car is a symbol, a tangible embodiment of those fond memories from that time in that person’s life. And it’s interesting to see the contrast in the cultures from the same time period. Those 1960s European cars represented a time of frugality and recovery from a long period of war which ravaged most of the resources across Europe. England is a small country; it’s about the size of some of our medium-size states. Space and resources were at a premium, so those cars were designed to be efficient from an operating standpoint and small and nimble to accommodate the smaller roads and spaces in Europe. So when you look at an old Mini Cooper, you’re not just looking at an old Mini Cooper. You’re looking at what that car says about the culture and the history of the times in which it was produced. It speaks about the optimism for the future intertwined with the practicality of limited resources and space. The car is a microcosm of the culture and events of its day.

Contrast that with the classic American muscle car of the mid-60s to the early 1970s. Other than Hawaii, and a couple of isolated incidents in the Alaska islands, there was no war on American soil from which we had to recover. Our country spans an entire continent from ocean to ocean. In the context of the 1960s and early 1970s our resources seemed nearly infinite. It was the might of the American economy that rescued Europe from the clutches of the fascist dictators. While the Europeans were being frugal with their assets and their limited resources, we were strutting our stuff. That Dodge Charger was everything that Mini Cooper was not. It was big and bold. It was loud and brash. It was not economical in any sense of the word. It was a statement that said, “America is the king of the world, and we want everybody to know it.” Those muscle cars can tell you almost everything you wanted to know about the 60s and early 1970s in America. There was unbridled optimism; there was rebellion. There was technology that was new and exciting. Remember we went to the moon in 1969. The moon!! The baby boomers were becoming a force, and they wanted everybody to know. America really was the king of the hill, and it was evident in our designs of the day.

So for me the car really is culture, history, excitement, adventure and learning all rolled into one. Car shows are a time to come together with folks who have the same passion where we can all talk about our lives and what brought us to have that car we’re showing. Because for all of us they represent something in our past that makes us smile. When I get in my Challenger and I see those big hips in the side mirrors and then step on the gas, I smile because I am once again sitting in that A&W experiencing the raw excitement of my youth. 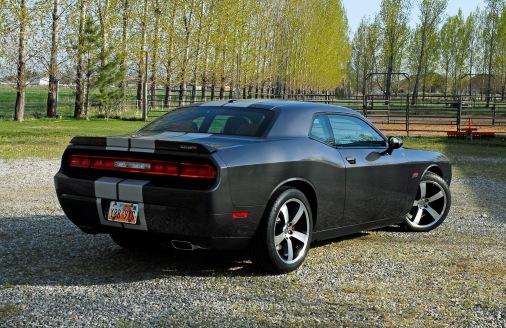 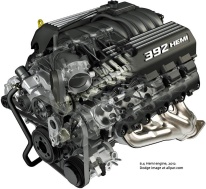 4 thoughts on “Cars are Culture”